Sex educator Sheri Winston claims she can have 30 to 40 orgasms during a love-making session and orgasms that can last anywhere from 10 minutes to an hour. “I’ll teach you how to have the best sex you’ve ever had in your life,” she says. It sounds like an infomercial or an ad at the back of Playgirl. But that’s what Sheri promises during her sexuality workshops. She actually bills herself as a Pelvic Priestess, a Blood Witch, and a self-certified “Pussy Professional.”

“You can ‘come’ by dancing,” she gushes. “Women can ejaculate, too. These are all learnable skills.” Sheri’s a warm and effusive 46-year-old BBW (Big Beautiful Woman) with a bindi gleaming on her forehead and masses of grey hair studded by little braids entwined in silver jewelry. Her official qualification for teaching the art of orgasms is attending more than 500 births during 20 years as a midwife, as well being a licensed massage therapist, a “womancare practitioner” and counselor of holistic sexuality. “I think of myself as a sacred slut,” she says. While her assertions may seem like an exaggeration, she’s for real and her devotees swear by her methods.

Sheri was visiting Brooklyn this past weekend at the latest installment of “Be Wild,” a monthly women’s event created to evoke the “wild woman.” Kiana Love, a holistic health counselor, reflexologist, and all-around foxy chick who hosts these sessions, encourages women to celebrate their own personal wild woman in the privacy of her own home. During the opening festivities at the “Be Wild” party Friday night, totally clothed and not touching herself, Sheri began her breathing exercises and shortly thereafter had a noisy orgasm in front of all the women gathered in a semi-circle arrayed around her.

“Orgasms are a cure for depression,” she intoned with a satisfied smile.

Reaching climax by intercourse ain’t easy—for me or half the women out there. Faking it doesn’t count, though it may fool some of the guys most of the time. Better to let your partner know you need more foreplay than pretend, at least according to the Pussy Professional, or else it’ll be a non-ending cycle of dissatisfaction.

Getting women to achieve climax, according to Sheri, is about gradually increasing the states of arousal, sort of like water simmering and then boiling. And like a pot of H2O, women can stay hot for a long time, although they’re much more challenged than men in having orgasms. And then there’s squirting, or female ejaculation. It’s not a myth but can really happen. Spending sufficient time and concentrating in the right places stimulating a woman’s genitalia can do wonders. If a woman spends five or 10 minutes everyday practicing pelvic exercises and breathing techniques, her single short orgasm can increase to multiple or longer orgasms, or can happen much quicker—to the relief of men who must endlessly try to get their partners to pop. Sheri believes that men, too, can improve the quality of their orgasms and erections through exercises and tantric techniques. Too bad she hasn’t discovered any methods to increase penis-size, but there’s always tomorrow.

Karma chameleons & goddesses
I signed on for all three days and, inevitably, couldn’t find the Brooklyn apartment. Dark-haired Kiana was a vision in a huge-brimmed red hat with spangles framing her sultry eyes. Fifteen women were comfortably ensconced in the dimly lit living room, attired in sexy lingerie and revealing costumes, sprawled out on pillows around the window-sill seating, which was accented by bunches of burgundy velveteen.

Sheri’s workshops are totally “hands-off playshops” and fully clothed—a little disappointing, though understandable. Do these things go all the way on the West Coast? More skin and touch would have been alluring, although some of the girls improvised, enjoying their own sensual fun together, in between sips of wine and chitchat.

Our intrepid wild woman hostess is also multi-orgasmic—she actually had two orgasms during the breathing exercises in the workshop. She has always enjoyed good steamy sex, despite being sexually abused years ago. At one time, Kiana preferred hanging with the boys, but this past summer, at her first Burning Man, the no-holds-barred arts festival held in the Nevada desert, she decided it was time she accepted her sisterhood and “heal her inner goddess.” Her “Be Wild” women parties sprang from this inspiration. Kiana met Sheri last year at the Rites of Spring, a Wiccan celebration, and immediately connected with her. She would be the perfect speaker for one her soirees, Kiana decided.

One gal wore a rubber Creamsicle-colored nurse’s uniform and cuddled with a recently arrived Aussie who worked in a toy store. Amelia Nair was a cross-dressing straight man wearing a blonde wig and spiked high heeled ankle-straps. Stuffed into a dress, he was still buff and served as the “security” for the night, having served in the Army. Among the tantric therapists and masseuses were a lawyer and a midwife.

Dough, balls, ‘G’ tube & clit lectures
After the confession session, Sheri, Kiana and several of the others danced to the music while sculpting horns with “Sculpy” dough. The following night, many of the women would go to the Horned Ball, an annual spring fundraiser in the Meatpacking District, with revelers frolicking all night in horns and furry animal costumes. After the horns were stacked on the counter to dry, goddesses and sidekick Amalia Nair piled into cars and partied nearby at a BYOB loft party.

Sheri maintains you have to have a fabulous relationship with yourself first before you can really learn to please your partner. Sheri uses breath, sound and movement exercises, and demonstrates how to develop the pelvic-floor muscles, an optimum method to tighten the vaginal walls and therefore a boon for men.

By the Sunday afternoon session, Sheri was running on three hours of sleep and megadoses of caffeine, since she was out till the wee hours with Kiana and the other rutting creatures at the Horned Ball the night before. But no way did that curb her enthusiasm for telling us about the intricacies of the vagina. The Maps of the Clitoris lecture was held at cross-dresser Amelia Nair’s light-filled loft in Clinton Hill. About 20 or so attendees, male and female, were scattered about the room, listening raptly. The men were those rare earnest types, eager to please their women. Armed with several diagrams illustrating the female genitalia, charting a woman’s genitalia, Sheri gave us all the info anyone would need to please themselves or their female partners.

Although the talk was a good three hours, the gist of it was that men and women need to work a bit harder to get their female partners to come due to a more complex series of nerve endings, fiber tissues, and the submerged nature of some of the women’s genitals. Sheri speaks of complementary energies of yin and yang for the female and male, or that women are cats and men are dogs. Men are ready immediately to have sex, but women need much more gradual contact, with plenty of foreplay prior to direct stimulation, not just for lubrication but to achieve satisfactory orgasm.

Well, duh. But there are a lot of unexplored layers beneath the inner and outer lips of the vagina, and the anatomy books and medical professionals have barely touched the surface, so to speak. Sheri compares the vagina to the way they used to describe Africa: dark and mysterious. Lots still say, “Don’t go there.”

The inner and outer lips of the vagina come in an assortment of shapes and sizes. Attached to the lips, the hood of the clitoris conceals the very sensitive head, about the size of a pea, although for some women it’s more visible, and some are more well-hung than others. With 6,000 to 8,000 nerve endings in the clit, the tip of the tongue only has half as many.

The “G” spot is not really a spot at all, but a tube made of spongy tissue circling the urethra. The term “squirt tube” would be more accurate. To get your mate to squirt, put two fingers into the vagina all the way up to the “roof.” Although it sometimes feels like the urge to urinate, the liquid is a totally different fluid that is odorless. In ancient India, it was drunk as sacred medicine.

A good way to get the woman hot is to penetrate shallowly at the beginning. She praised the skills of teasing and tantalizing as methods in building desire. One woman chimed in, “My personal rule is a woman should beg for his penis at least three times before he gives it to you.” I agree. It’s sort of like a woman who waits until the third date.

Sheri lives in New Paltz but spends a lot of time in her camper traveling to cities up and down the East Coast, giving workshops—especially at events like pagan festivals. She’s been separated from her husband of 20 years for the last two years, and although a firm believer in polyamory and open relationships, she has fallen in love again. She has a son, 17, who’s taking his time, though he does go to Mom’s teenage sexuality sessions, mainly sitting in silence.

Upcoming sessions at Kiana Love’s “Be Wild” weekend salon include sexual healing and pleasure, boundaries, verbal and physical self-defense, and a workshop on sex toys in which women will make a box in which to store their sacred sexual items. I can’t wait to see what goes into that box, and how they stuff it all in there.

To support you on your path to freedom here are a few specials I’m offering to you: Wild Woman Root, Bless Your Intention & Set it Free Kit   $150 click here  Customized blessing kit to ground you and bless your new years intention. Root. Set your intention. Clear your path for freedom and joy…. 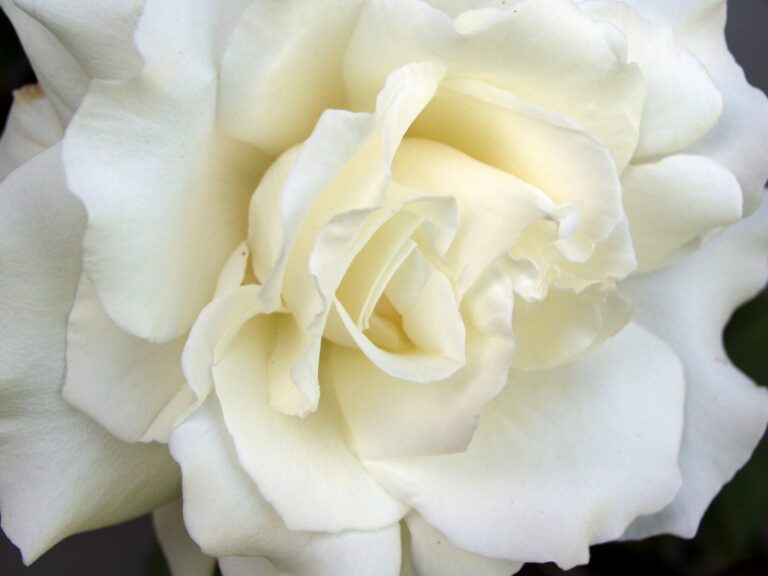 We are finally having our Open to Love Full Moon event! Woohoo! Open to love and let your heart soar. Claim your feminine power and surrender to your abundance on the full moon. Come celebrate your wildness. When: May 21st 330pm – 6pm doors open at 3pm  and close at 345 Where: The TAI Group, 150…

much drinking and celebrating is done for St Patrick who drove the serpents, the pagans, the wild from Ireland. Its time to bring back the wildness, the indomitable force that lies waiting for us to call it forth. join us, Teeni Dakini & Kiana Love, as we invoke the celtic goddesses and reclaim the wild…

Join me for a Wild Woman Red Tent and celebrate the blooming of spring at the new moon. It’s time to fling open the doors as spring awakens.Enter into wild woman sanctuary. Come together to nurture your belly, womb and heart. Rest, journal, express, create, share stories and sink into safe space to heal.Bring something…

We will be crafting a box to hold our dearest pleasure treasures. This beautiful box can be home to the little pleasure toys and tools that are indespensable by your bedside. This could range from toys, to contracaptives, to lotions, potions, feathers, etc. This box can be playful, juicy, sexy, hot, and sacred. Gather pictures,…