Eve Ensler’s talking about starting a girl revolution!  I’m going to hear her speak about her new book at the 92nd st Y on Tues  Feb 23. Get your tickets here & Let me know if you’d like to come join me.  Here’s a great article from alternet about her new book.

I can’t wait to see her show, the Vagina Monologues at 4th Universalist Church on Feb 27th & 28th. Click the link to purchase your tickets now. Feels great to sponsor again & help empower women around the globe.

Last year I was up on the stage performing her ” I was there in the room” monologue.   It  changed my life. This time I get to watch & take it all in.  If you haven’t seen it yet, you need to.  This will change your life too.  It will inspire you to change the world.  Join us to stop violence against women & restore womens’ beautiful powerful voices. Come, spread the word! Do it for your mothers, your daughters, sisters, girlfriends, wives, do it for women everywhere.   Join me and Be Wild for Women!

Vagina Monologues Author Begins Her Quest For a “Girl Revolution”

11 years after the launch of V-Day, Eve Ensler sets out to do for girls what she did for women — uncover the truth of their experiences and create a global dialogue.
February 9, 2010 |

Sign up to stay up to date on the latest Personal Health headlines via email.

In 1996, playwright and author Eve Ensler sparked a worldwide phenomenon with the debut of her play The Vagina Monologues, which has since been staged in more than 130 countries. Based on her interviews with women about their bodies, the play became the catalyst for women to open up about their own personal experiences. The overwhelming number who spoke of surviving violence inspired Ensler to start the movement V-Day, which has raised over $70 million for anti-violence programs around the world. She hopes that the impact of her new book, I Am an Emotional Creature: The Secret Life of Girls, will be just as far-reaching: “To create a girl revolution.”

After the success of The Vagina Monologues, the idea of a work about girls intrigued Ensler, though she didn’t want to simply do it “by rote.” But observing girls in her own life as well as those she met through her travels with V-Day, a central theme emerged: “the girl in everybody, the muted, censored, shut down, diminished, undermined girl in the entire species.” She began to write.

Ensler describes the result as “a call to girls, about girls, for girls, around the world, to be their authentic selves,” to overcome the “pressures that rob them of their originality and power.” Though the pieces are all fictional monologues, Ensler says they are “based on what is real and true” in her observation of the lives of different girls all over the world. Among the girls Ensler creates are a teenager in a New York suburb struggling with high school peer pressure; a Masai girl resisting female genital mutilation in Kenya, where V-Day maintains a safe house; a survivor of rape in the Democratic Republic of Congo; a teen who blogs about her self-starvation. Says Ensler, “I hope it tells these interior stories of girls that don’t normally get told, the secret stories … as opposed to the fantasy version of what girls are living.” She hopes that through the stories, “girls get freed into the reality of their lives.”

to read the rest of the alternet article click here

What are healthy boundaries?…Are you able to define your space? Do you find people stepping over or not respecting yours?   Learn about yourself and whether you do have healthy boundaries.  Learn to define and defend yours with your friends family, and lovers, in and out of the bedroom.  Learn to defend yourself energetically, verbally, and physically. …

Ahhh had a blissful experience at the brand new Lift Next Level Float, Sensory Deprivation Spa!   A few years ago I had the opportunity to try one that was part of an art project in a grungy warehouse.  I loved the experience of being wrapped in a cocoon free from weight and the world…

Today is Juneteenth the day we celebrate the end of legal slavery in the United States. We celebrate African Americans finally being set free in Texas two after the emancipation proclamation. It’s a day to remember, grieve, reflect and feel.  In order to heal from racial trauma and end racism we need to slow down…

http://www.eros-ny.com/articles/2006-03-21/ny-wild_women_0321/ Kiana Love is offering a luscious weekend for wild women and men. Friday and Saturday are just for the ladies, but on Sunday the maps of the clitoris will be revealed to both men and women. “For all of you who would like to know more about pleasing women — the clitoris and beyond… 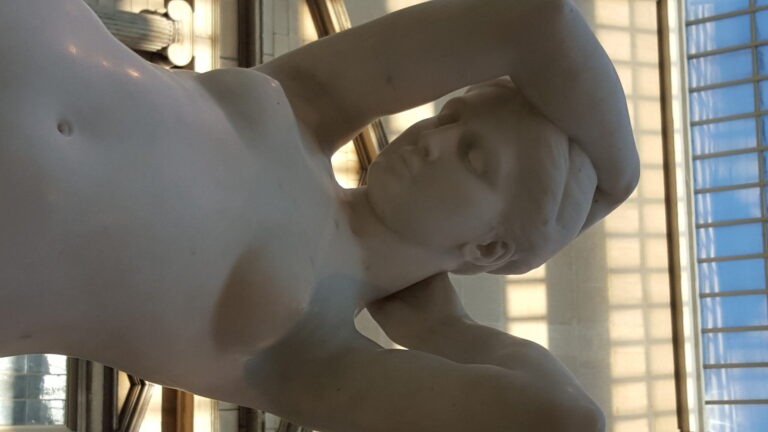 We are going on a love adventure at the Met.  This will be a moving engaged meditation of visual, auditory and sensory pleasure. Come celebrate the full moon with wild pleasure. The studio where we were having our moon with Janet Morgan’s art is under construction due to a leak and we’ll have to postpone…